What's on your mind?

Say what you want about the movie, I absolutely loved it <3 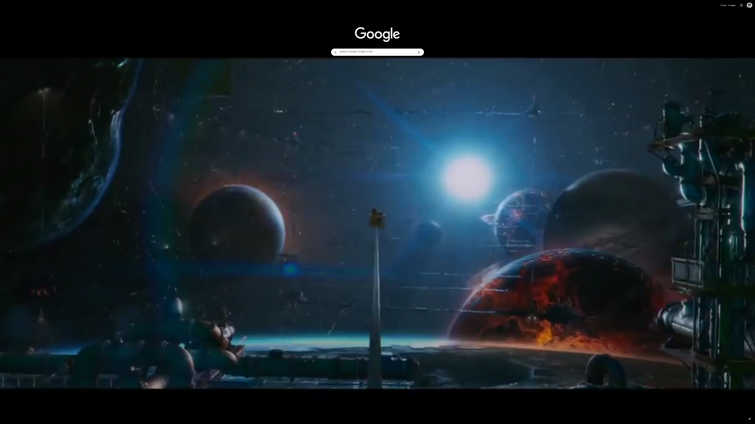 From the Magrathean Factory Floor Scene

Have a great towel day everyone <3

Computer programmers joke that Earth had an order of operations error. Think about it:

But, if Earth had an order of operations error, the equation would look like this:

I'm new to this wiki

I'm currently reading Life, the Universe and Everything

You can call me Renee

I'm a regular on the Genshin Impact Wiki, ngl I had no idea that this wiki existed

If you asked me how I got into this series, it's because one of the loading screens in Genshin Impact mentioned that time flies when contemplating life, the universe, and everything. I mentioned it to my dad, who loved the hitchhiker series, and thus my journey in to this 4/5/6 book trilogy began <3

Also made this wordart 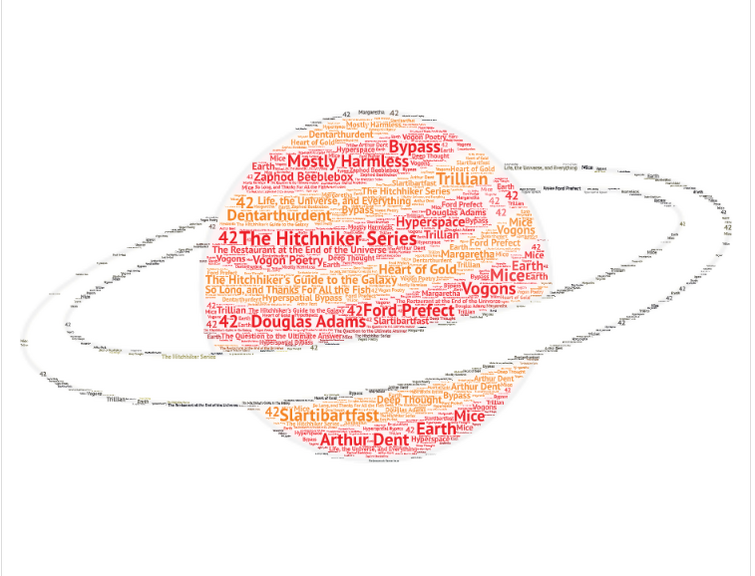 I ABSOLUTELY LOVE THIS SERIES!!!!!

I wish i could say I found the answer, but alas someone else figured it out and i thought I would pass it on.

Simply put, the answer to the life, the universe, and everything, is a Hot Shower.

42 celcius is ~108 Farhenheit. If you want a hot shower, you set the water heater/boiler temperature near this number. Douglas Adams lived in England, so it makes sense he would use celsius.

Think about all the connections in the book to towels....yet never for one of their main purposes, drying off.

If you were a hitchiker stuck in a vogon cargo hold....wouldn't the first thing you want when you get to the Heart of Gold, is a hot shower? I mean you have your towel ready, right? But no, Arthur perpetually in his robe, never showering, always stumbling around. All he needs is a hot shower! Ideally with Trillian!

Where do people do some of their best thinking?

I'm sure there are more connections but I have not read the book again since.

Thank you Douglas Adams, you are a true genius.

Your secret lasted a long time...but its time to tell the world.

Happy Towel Day! I just woke up and... Has the Day begun in your city, or, ended? See, we have fellow hitchhikers all around the world. Maybe it should be added, at least, how many languages the series has been translated into.

I speak Chinese, English and a little French and I've read the five books in Chinese and English(UK). As a result of DNA's good command of the English language, there are many lines in the story that is hard to translate well.

Hey Earth! I am Ford Prefect and me and the rest of the infamous hitchhiker team are back on earth until we find our next adventure. While we are here we will be working on various projects and miscellaneous things to keep us entertained on this boring planet. Come check out our twitter https://twitter.com/GuideTo42 or join our discord https://discord.gg/v3vH5PPQ to keep up and talk about everything Hitchhikers Guide To The Galaxy related.

I am here to read.

It might be fascinating to note that the act of reading was in fact invented by the citizens of the elbow, a planet which carries a remarkable resemblance to the part of the body to which it shares its name. It was originally thought that reading stimulated the brain in such a way that it prevented the brain from exploding, but after further research from the Gotop Association of the Nakton Field, it was discovered that books were simply created as a shield between dangerous partials and the open-topped species of Plant Elbow's highly exposed brains.

I'm new to this fandom, i manly watch the television series but I do plan on checking out other content. Is there somewhere where i can like look at all of the ships for this fandom and pick out the gayest one i want? If no can someone make that a thing?

To celebrate Towel Day, I'm looking for good quotes from the Hitchhiker's Guide to the Galaxy radio plays about towels. So far I've got:

Series 2, episode 2, chapter 11 “The Future I Was So Worried About”

Rooster: "Let me introduce myself, my name's Rooster and this is my towel."

Zaphod: “You want me to suck your towel?”

The Book: “There's a frood who really knows where his towel is.”

and the whole chapter called “Perhaps We could Wave Your Towel” from series 2, episode 4.

There‘s also he bit with the bird people when Ford wraps his towel around the bird's head to convince him to go to the ground. I’m pretty sure I can find that one.

The one I'm looking for in particular is an exchange between Ford and Arthur that goes something like this:

Ford: “I wonder what Rooster would do...”

Ford: “Mate of mine. Great hitcher. There's a guy who really knows where his towel is.”

Arthur: “Why should anyone want to know where his towel is?”

I’ve looked for it in the Vogon ship when Ford first explains his job to Arthur and haven‘t found it. Does anyone have other ideas where this quote falls in the story?

Thanks for keeping this Wiki so alive!

I'm currently rereading the series and came across a small detail that has escaped my attention so far. In "So Long ..." Arthur hitches a lift with Russel, with Fenchurch in the back, and causes his car to skid of the road by pulling the handbrake.

Thing is, though, that his car is a Saab, and the book was originaly published as early as 1984. You see, up until the 1988 model year, the handbrake lever in a Saab would engage the front wheel brakes, not the rear ones. This was intended as a safety measure in case the handbrake would be used for emergency braking, allowing the car to travel in a straight line during decceleration instead of spinning out of control. Hence, the incident in the book is not very credible, albeit not improbable enough to be suspected of having anything to do with the Infinite Improbability Drive.

What puzzles me is that Douglas Adams, a car enthusiast, appears to have been unaware of this.

And another thing (sic!): Is there any particular reason why DA might have chosen a Saab as Russel's vehicle in the first place? Is there a thing in Britain about unpleasant, moustached, blow-dried men and slightly eccentric Scandinavian cars?

Frode, a slightly eccentric Scandinavian myself

At the begining of the movie, about minute 10, Ford is drinking beer at a pub with Arthur, when suddelny take something out of his pocket.

Looks like a old Nokia lipstick, black, with a red ribon, and a internal 4 side screen

I can not find any reference neither on this page, neither on internet

By the way, great great site !!

Ok, so the answer is 42. Either it's a bad math problem or it's something else... and I think I know what it is.

Philosophers built Deep Thought - a computer - to work out the answer to the ultimate question.

The computer had to think about it for a while - doesn't matter how long (but my answer would reflect that DT was just yanking the philosophers' chains).

7.5 million years later, DT tells humans they won't like the answer. Then it says the answer is "42"

A computer answered an unanswerable question with "42".

If we look at the ASCII table, we find that a symbolic representation for 42 is... an asterisk.

DT's answer to the ultimate question is... well... everything. Which in a warped sort of way makes sense, especially if you consider that every positive has a negative thus canceling each other out. Thus the result of 42 is... nothing. Not a brass farthing.

Hence, the "A" in ASCII stands for "Asterisk" - thus providing Deep Thought with an easy way out of having to do any work over 7.5 million years other than play an unending game of Solitaire.

Seems obvious to me.

Sorry if this has been answered previously. I just thought it was interesting.

I'm not connected with the game in any way, other than as a satisfied customer. I've played it all the way through, and found it to be a highly entertaining diversion.

Best wishes for the festive season to all you hoopy froods!

Why do people say goodbye to friends/enemies

Sorry if this is an ignorant question. At the end of the original book series, what has become of Deep Thought?