Dangrabad Beta was a planet noted for its intense sand blizzards. It was apparently one of at least two planets orbiting Dangrabad. The Googleplex Starhinker could calculate the trajectory of every dust particle in a five-week Dangrabad Beta sand blizzard, despite its overall inferiority to Deep Thought, in the latter's opinion. 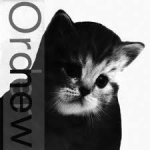