The Hitchhiker's Guide to the Galaxy (book)

Fenchurch is Arthur Dent's human soulmate.[1] She was named after the Fenchurch Street railway station where she was conceived in the ticket queue.[2] She lived in a house in Islington that happened to be on the exact spot where Arthur Dent had lived in a cave two million years earlier. Oddly, despite her being a major character in So Long, and Thanks For All the Fish, we never learn her surname.

She was tallish with dark hair which fell in waves around a pale and serious face. Standing still, alone, she seemed almost somber, like a statue to some important but unpopular virtue in a formal garden. She seemed to be looking at something other than what she looked as if she was looking at.Arthur Dent

She plays the cello, has good taste in music and owns a pair of speakers that "would have impressed the guys who put up Stonehenge."

She was the girl "sitting on her own in a café in Rickmansworth" on the first page of the book.[3] When the Earth and everyone including Fenchurch had mysteriously reappeared, a romantic relationship blossoms between her and Arthur Dent.[1] He teaches her to fly, before a first aerial sexual encounter on the wing of a plane, and a second with Sony Walkmen. She vanishes abruptly during a hyperspace jump on their first intergalactic holiday.[4] She worked as a waitress at Milliways since she vanished, and is reunited with Arthur Dent[5], although in And Another Thing... this is revealed to not have been a reality, instead of being the virtual life that the Guide Mark II gave Arthur. The computer of the Tanngrisnir takes the form of Fenchurch in its programming attempts to live out the sub-conscious desires of the ship's occupiers. While in this form, the two talk and ponder together extensively, exacerbated by the effects of the ship's dark matter travel on people's emotions. Arthur encounters another form of Fenchurch during a trip in Hyperspace on to dematerialise, similar to his Fenchurch, across a plural zone in a different part of the universe. [6] Towards the end of Fit the Thirty-Second, after the same encounter listed above, a depressed Arthur returns to the beach he called home in the situation, he is caught by surprise when he encounters a third version of Fenchurch, whether this was the one he knew from before or another version is not entirely clear, but she seems unfazed by his arrival, telling him that she completed the planning paperwork for the shack, and that he's just in time for tea. The series closing out with Arthur joyfully reuniting with Fenchurch, and consequently sending another hapless Agrajag screaming into the mouth of Ravenous Bugblatter Beast of Traal.

Fenchurch was portrayed by: 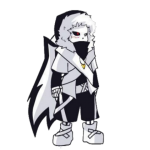