President of the Galaxy (formerly)

And Another Thing...Eccentrica Gallumbits describing Zaphod in Street Walkie-Talkie Weekly

Zaphod Beeblebrox, or the Big Z, was a former President of the Galaxy. At the beginning of The Hitchhiker's Guide to the Galaxy Zaphod steals the starship Heart of Gold, which Arthur Dent and Zaphod's semi-cousin Ford Prefect later hitch-hike onto. Zaphod is travelling with Trillian, a human astrophysicist, and it is later revealed that the two of them once met Arthur at a party on Earth in Islington.

Zaphod has two heads, which can both function independently, and are known to interrupt each other when speaking. He also has three arms, and mentions that his third arm was added on to help with his ski-boxing.[2] It seems that the third arm is part of his species that has an opt-in policy since he grows it back for Trillian. Zaphod states that the second head is the result of carving in his brain.[3] Zaphod did this to conceal his true reason for running for President.[4][5]

Later in the series, Zaphod has his second head (apparently the more intelligent one) detached and functioning as the Heart of Gold computer, replacing Eddie.[6] This leaves the still attached Zaphod a little slower witted but it is noted that Left Brain being in charge of the ship has decreased the amount of accidents that would have been caused by Eddie. Left Brain and Zaphod develop a semi-antagonistic relationship despite still working with each other. At the end of the novel they are both working on Zaphod's presidential re-election campaign. Ford was also able to freeze Left Brain in a logic debate over the improbability of the Heart of Gold saving him and Arthur from doom near Earth twice after the ship saves them from the Grebulon's death beams.

Zaphod is said to be "clever, imaginative, irresponsible, untrustworthy, extrovert, nothing you couldn't have guessed." As President of the Galaxy, his responsibility in that position was to draw attention away from the true rulers of the universe. To that end, Zaphod and his outrageous behaviour were highly successful.

He is the only man to have survived the Total Perspective Vortex (albeit in an electronically synthesized universe which was created especially for him). He used his position as President of the Galaxy to steal the Heart of Gold, a spaceship taking advantage of the Infinite Improbability Drive, at its unveiling. He is also the inventor of the Pan Galactic Gargle Blaster and is the only person alive who can drink more than three in a single sitting.

Zaphod has a successful business in secondhand biros. This may be due to his discovery of a planet where biros escape to. If so, he employed a man to sit on this now empty planet denying the whole thing.

He was born on the fifth planet of Betelgeuse and was a semi-cousin of Ford Prefect, with whom he shared three of the same mothers. Due to an accident with a contraceptive and a time machine, his direct ancestors from his father were also his direct descendants.

Zaphod Beeblebrox IV is introduced as Zaphod's grandfather, who is dead. Zaphod, along with Ford Prefect and Arthur Dent, contacts him in the afterlife when seeking help. Zaphod's other relatives include (in order of descent): Zaphod III, Zaphod II, and Zaphod I.

The character of Judiciary Pag - or Zipo Bibrok 5 × 108 as he is also known - could be related to Zaphod's family. They share the same carefree and charming attitude, and Pag's real name appears to be a mutation of Zaphod's name. Since the Beeblebrox family lives backwards in time, Pag is, therefore, one of Zaphod's descendants (despite living in the distant past). 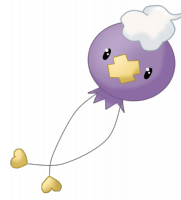 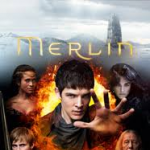